Venox Group is willing to contribute to the education and empowerment of the Girl Child. 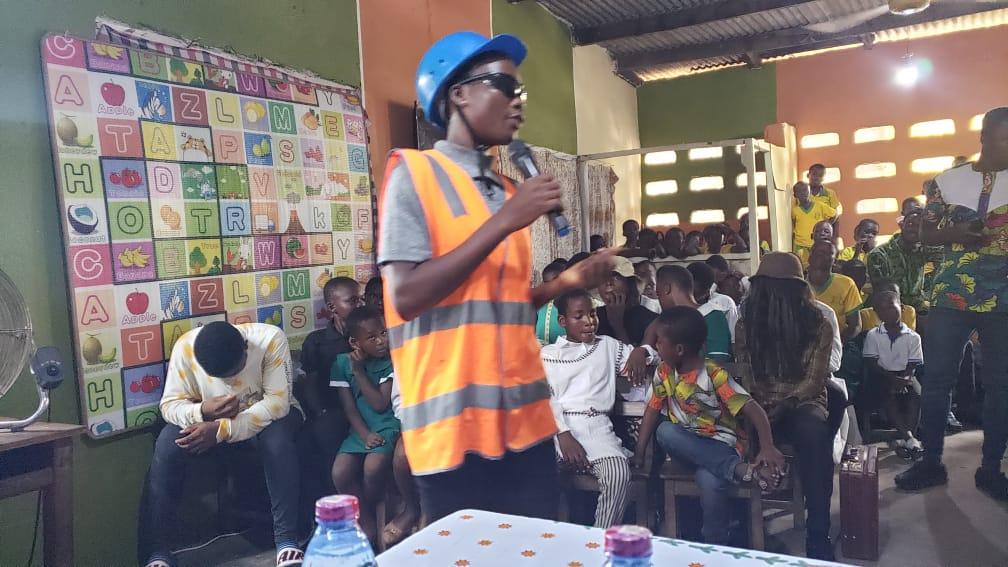 Over 50million girls across the world have no access to education. This staggering statistic exists, not because these girls are opposed to, or repulsed by the idea of getting an education. Its existence however has everything to do with several factors including; inability of societies to recognize, understand and appreciate the importance of girl child education and empowerment, early marriages, child labour, lack of funds and even lack of proper bathroom facilities for adolescent girls to use, when menstruating.

In many communities, simply being born female is enough reason to deny one access to education. Members of such communities believe that girls will grow into women. Hence educating a girl is nothing short of a waste of time since they will end up as wives and mothers. Communities that share this dangerous belief, focus more on grooming girls for marriage and motherhood. As far as they are concerned, a girl who knows how to perform domestic chores is more valuable than one with an education.

Recent population studies have shown that in many countries, there are more females than males. This is true for many developing countries. For instance, in Ghana, females make up about 52% of the population. The question is, “how do we experience growth and development as a nation, if more than half of our population are intentionally held back?” Girl child education and empowerment is not only important, but SMART.

If structures and measures are put in place to encourage more girls to get an education, we will be engulfed by prosperity in the near future. There will be less cases of child marriages and early pregnancies. The educated girls will grow into women who may choose to get married when they are emotionally, psychologically and financially ready, adopt proper family planning methods and do everything within their power to empower their children.

As Michelle Obama rightly put it, “When women are educated, their countries become stronger and more prosperous."

“...Imagine if you have a team and you don’t let half of the team play. That’s stupid. That makes no sense. And the evidence shows that communities that give their daughters the same opportunities as their sons, they are more peaceful, they are more prosperous, they develop faster, they are more likely to succeed.” -Barack Obama.

Our very own the late Kofi Annan summed it all up when he said “To educate girls is to reduce poverty”.

Although some measures have been put in place over the years, by world leaders, to curb the situation, the work is far from completion. Ghana, along with many other countries, is still several miles away from achieving gender balance where education is concerned. Governments, institutions, major multi-national companies, private companies and all forms of workplaces, are being encouraged to include more women at the decision-making tables. Resultantly, some chief executive officers employ women as a box ticking activity, just so they can meet key performance indicators. Most of these CEOs have no genuine concern whatsoever and no interest in solving the problem of gender inequality at work places. Females who get the opportunity to work in such organizations usually have their growth and professional development stifled in one way or another. They not allowed leadership positions and their voices get drowned.

A number of organizations argue that men possess more experience and employable skills than women. How can females be as good or even better, when they are not given the same opportunities, attention and importance as males. The few women who manage to get an education are discriminated against in workplaces. Many employers prefer that males make majority of their workforce. This prevents equally qualified females from gaining relevant experience and acquiring more employable skills.

Here at Venox Group, we recognize, understand and appreciate the importance of empowering women. However, we believe that, “in order to fix the problem at the top, we need to be part of the solution at the bottom.” -Valerian M. Nofong Jr.

We have therefore resolved, at the board level, to imbibe the sensitization of society on the importance of girl child education and empowerment in our policies. We cannot wait until we have achieved immense growth as company. It is imperative that we engage now. At Venox Group, we hold the view that every voice, contribution and input matters, no matter how small. In order to level the playing field at the top, we are making a point to contribute to solving the problem at the bottom.

On 25th October ,2019, members of Venox Group participated in career day activities of Restoration Academy Complex in new Weija. We engaged the students in conversations about various careers, and enlightened them on some of the challenges we have met in our individual journeys and how have been able to overcome them. Three remarkable female students were awarded educational scholarships by the Venox foundation. The students; Rita Nyansah, Annette Blay, and Michaella Amoah, were besides themselves with joy.

“Growing up has been quite challenging because I lost one of my eyes at a very tender age. This has made me develop a passion to be a medical doctor so I can give back to society. I have always been relentless with my studies and with this scholarship I am very hopeful to complete J.H.S and pursue higher education to achieve my dreams.” -Annette Blay

“I have a dream and desire of excelling in my academics so I can pursue my passion of becoming chemical engineer. Watching my mum raising me singlehandedly has been my greatest motivation to succeed in my academics. As I’m preparing for my final exams this scholarship will go a long way to reduce the burden on my mum and also give me a focused mind to study and come out with flying colors.” -Michaella Amoah

“Watching my older siblings excel in their academics has been one of my greatest motivation to help me achieve my dream of becoming a fashion designer. Preparing for this essay to win the scholarship has been very stimulating as it led my researching to various school of thoughts on the subject of whether grades still mattered or not.”
-Rita Nyansah.

At Venox Group, we believe that the future is FEMALE. Young girls must be given the opportunity to learn, explore and reach their full potential. We believe that girl child education will go a long way to reduce child malnutrition, child mortality, maternal mortality and narrow the existing gender pay gap. We cannot continue to neglect or marginalize the female population. We cannot continue to drown their voices and bury their barely tapped potential. The steps we have taken to engage the issues, are simply the beginning. We would continually provide mentorship programs and see to it that young girls learn from women who have persevered, women who have overcome hurdles in their various careers. This will intrinsically motivate the girl child to reach higher heights.

To level the playing field. Venox Group is willing to contribute to girl child education and empowerment.

Recognizing the need for a comprehensive development policy framework in the mining sector, a new local content law is currently being worked on to complement the existing legislation.

Over 50million girls across the world have no access to education. This staggering statistic exists, not because these girls are opposed to, or repulsed by the idea of getting an education.

Venox Group is willing to contribute to the education and empowerment of the Girl Child.

We would love to hear from you!

At Venox we pledge to flexibility, reliability and dedication to serving you. We are able to modify our service to fix your unique needs.